The Yom Kippur War, Ramadan War, or October War, also known as the 1973 Arab–Israeli War, was a war fought by the coalition of Arab states led by Egypt and Syria against Israel from October 6 to 25, 1973.

The war began when the Arab coalition launched a joint surprise attack on Israeli positions in the Israeli-occupied territories on Yom Kippur, the holiest day in Judaism, which also occurred that year during the Muslim holy month of Ramadan.[48] Egyptian and Syrian forces crossed ceasefire lines to enter the Sinai Peninsula and Golan Heights respectively, which had been captured by Israel in the 1967 Six-Day War. Both the United States and the Soviet Union initiated massive resupply efforts to their respective allies during the war, and this led to a near-confrontation between the two nuclear superpowers [1] 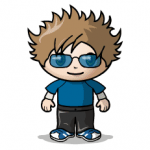